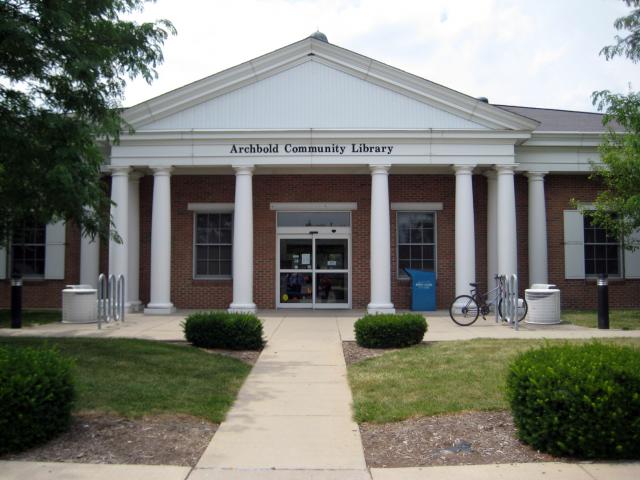 Library service in Archbold had its beginnings in 1916 when, at a meeting of the Woman's Reading Club, the idea was presented that a public library would be a great benefit to the community. At an April 3, 1916 meeting, the club decided to take it upon themselves to organize a public library, the object of which should be to promote the reading of good books and other literature.

Various activities were organized to raise funds for the new library. A total amount of $414.57 was raised. In August, it was decided to separate the library from the Woman's Reading Club, and form an independent organization, called Archbold Library Association. The library was located in a corner of the Town and Township Hall. An opening book shower and reception was held on Feb. 22, 1917, at which $157.43 was received in donations as well as a set of Encyclopedia Britannica.  By 1920, 470 cards had been issued and the library owned 4,015 books. Annual membership dues were $1.00.The library has moved several times. In 1925, it moved into new quarters in the Township Hall and in 1936, moved from the first floor of the Hall to the second floor. In 1936, the library had 10,354 books and circulation was 33,967.

In 1940, Mrs. Helen McLaughlin donated $15,000 to the town to build a new library, in memory of her husband Ralph and son Charles. McLaughlin Memorial Library was dedicated Dec. 8, 1940. The library remained in that building until 1995, when through a donation of over $1.5 million from the Sauder Woodworking Company, a new building was constructed directly across the street to the east from McLaughlin Library. Library facilities increased from approximately 3,500 sq. ft. to over 11,000 sq. ft. The new building opened in August of 1995 and was dedicated on November 12, 1995.

The majority of our funding comes from the State of Ohio's Public Library Fund which is funded by a percentage of Ohio general sales tax revenue, and our local tax levy. The remainder comes from fines, fax/printing services, book sale, and gifts. 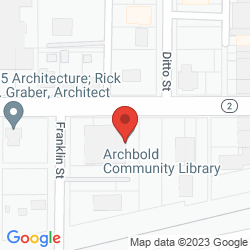